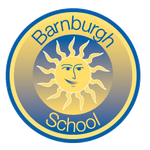 Next week is when we were supposed to be holding our Sports Day. During next week, I would like all of you to complete a set of challenges - these can be done at home or in school (if you come to childcare or our Outdoor Learning hour). It would be amazing if you could then send me any videos and photos to share on the PE page and your results.

For details of the events please head over to the PE section of the website. This can be accessed via the link below. If you are competing from home, you will also find an at home scorecard below.

How do plugs work?

For the last part of this Summer term our topic is " How do plugs work?". Take a look at some of the home learning activities below  that you can have a go at linked to this new topic. They will be updated weekly. Don't forget to  take a look at Mrs Wilkinson's new topic challenge too!

We look forward to receiving some examples of your work year 4.

Use the web or books to find out about one of these significant scientists in the field of electricity:

Write a  biography about their lives. What was your chosen scientist’s major discovery?

You can present your biography using a computer, a presentation or a piece of writing.

2.Tour your home with your clipboard and pencil. Identify, list and group devices and appliances powered by mains electricity (plug into a socket), batteries or in another way, such as solar power.

What did you find out? What was the most common power source?

Track how many devices and appliances you use in 1 day. Compare this to other family members in your home. What does the data show?

Can you present your findings in a Venn Diagram?

Can you graph the data you have collected to  compare each family members  use of electrical devices and appliances?

For the Summer term, our topic is 'Traders and Raiders'. Take a look at some of the home learning activities that you can be having a go at, linked to our topic.

Have a go at some of these engage activities, to hook you into the topic!

To fully immerse you self in the topic why not explore some of the webpages linked below and write down your favourite facts.

The year is AD 410 and the once-mighty Roman Empire is crumbling. Sailing across the North Sea, ships land on the beaches of Britannia’s eastern shores. They carry the Saxons, pirate raiders and strong soldiers, greedy for land and ready to attack the Britons. These Germanic warriors travel the seas in small sailing boats, striking coastal settlements and working their way inland.

Challenge the children to make sailing boats, big enough to carry them and their fellow Saxons along with all their weapons, tools, belongings, supplies and farm animals. Each boat must seat at least eight oarsmen, with room for some supplies, and be strong enough to fend off attacks!

Look at photographs, artefacts and film footage of Saxon weaponry and find out about the terrible damage they could inflict. Decide whether to make a spear, a dagger or a battle axe, making a detailed design and choosing suitable construction materials.

Learn about the famous monk, St Bede (AD 673–735). Discover why he is such an important historical figure. Use a selection of source materials to find out about him and develop a character profile about him and his work.

Look at designs of Viking shields online and find out what designs they had one the front. Use a selection of materials from arund the house to help you design and make your own shield. The link below gives you a step by step guide on how to make one.

How to make a Viking Shield

Use clay tools and wooden toothpicks to carve letters from the runic alphabet in flat, rectangular soap blocks. You could display your carvings with images of original rune stones. If you are able to, carve a more complex design or story into a clay slab made from an air-drying clay, such as Model Magic, or another soft modelling material. Add paint to the carved out areas of their sculpture to embellish and enhance your work.

If you do not have anything to carve rune stones with, have a go at writing words or sentences in the runic alphabet, on paper.

These lessons are designed to develop the children's knowledge, skills and understanding of the topic area. This fortnights focus in on life from AD 600 onwards - The settling Saxons.

Explore the everyday life of Anglo-Saxon settlers. Use historical source materials to build up your information, creating an information board on what you find out. Think carefully about the most effective way to record their historical information on their boards.

You could research homes, farming, food, hierarchy within a kingdom, crime and punishment, beliefs, customs, fighting and clothing. You can use images, drawings and text to create an interesting and informative information board. From AD 600 onwards, the permanent settled population of Britain, a mixture of the indigenous people and the invading Saxons, became known as Anglo-Saxons.

The origin of some English place names

Design and construct a  model Anglo-Saxon home. Look carefully at images to decide what materials should be used and to discuss how they could be formed.

Note: Anglo-Saxon houses were built with wood and had thatched roofs. At West Stow in Suffolk, archaeologists found the remains of an early Anglo-Saxon village and reconstructed it using Anglo-Saxon methods. They found that the village was made up of small groups of houses built around a larger hall. Each family house had one room with a hearth and fire for cooking, heating and light. A metal cooking pot hung from a chain above the fire.

How to construct a Anglo-Saxon Home

Use Ordnance Survey maps of the south-west of England to locate the following sites, using the key to identify specific sites and features: Cadbury Castle, the Shropshire village of Wroxeter, Mitchell’s Fold Stone Circle, Glastonbury Tor, Tintagel in Cornwall and Slaughterbridge.

As an additional challenge, locate the six-figure grid reference for each site using the online mapping tool, Where’s the Path.

Note: One way to trace Saxon settlements is through place names such as -burh, -feld, -ing, -ton, -wick, -den and -ham.

The origin of some English place names

Use the web to find and download images showing a range of Anglo-Saxon artefacts. Import selected images into presentation software to create a virtual Saxon artefact museum. Write a short paragraph under each artefact, including what it was made from and how it was used in everyday life.

Look at and copy a range of intricate Anglo-Saxon pattern work. You can do this using any type of media that you would like. Below are activity sheets to help you make a start on your pattern and watch the powerpoint to give you some ideas!

Consider the questions ‘Who were the Vikings? Where did they come from?’ Research information about the first Viking invasions of Britain. Decide on the best way to record the information that you find out.

Note: In around AD 789, low ships appeared on the horizon off the coast of Wessex. The Vikings had arrived to begin many more years of violent invasion in Britain.

Use maps of Europe to identify countries from which the Viking raiders came. Draw a sketch map of Europe to show their findings. Discover the importance of the city of York.

Note: The Vikings came from Norway, Sweden, Denmark and raided as far as Russia. They even discovered Iceland. The Vikings captured the northern English city of York in AD 866, with the city becoming known as Viking ‘Jorvik’. The Jorvik Viking Centre, a museum dedicated to the Viking history of the city, can be found in York today.

For the Innovate stage (where children recall and apply their knowledge independently). The Innovate lessons provides a scaffold for  the children to record their thinking and present their learning as part of a project.

Although the Vikings and Anglo-Saxons were at loggerheads most of the time, they actually had much in common. Both civilisations contained farming people, warriors and raiders who were determined to conquer new lands.

Today is a rare occasion. The Vikings and Anglo-Saxons are meeting at a trade fair to talk, share expertise and trade their wares.

Let’s hope the day will pass without any cross words.